What Happened to Caveat Emptor? 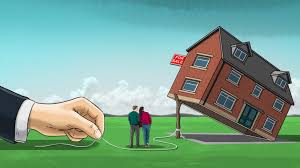 What Happened to Caveat Emptor?

For centuries, real estate transactions have been sold under the caveat emptor doctrine, that is: “Let the Buyer Beware”.

More recently, this was upheld by the Supreme Court of Canada in Fraser-Reid v. Droumsekas (1981).

However, it’s important to recognize that it’s just a starting point, That may not be the actual deal. The parties may have negotiated something else.

Let’s consider the inclusion of the “Chattels and Fixtures – Good Working Order” clause which says the following:

Poof! All in one stroke, the full caveat emptor is gone! The Seller is on the hook for:

It doesn’t really matter how they were when the deal was struck, it matters that they will work on closing.

Effectively, the caveat emptor doctrine is still in place with these two notable exceptions.

Usually, without any modifications, caveat emptor means “as is”. Now, it means that the chattels and fixtures will be in “good working order” on closing, no matter what condition they may be in now.

Assuming that the Seller had a little trouble with the stove, it doesn’t work perfectly, but every so often, it trips up. What does this mean?

If we simply had a caveat emptor deal with no exceptions, there would not be a legal obligation to disclose this “fact”.

Just let the Buyer or his Home Inspector attend and try out a few things and that’s it. If they find the problem, that’s one thing, but if they don’t so be it.

But, the Supreme Court of Canada changed the law on 18 December 2020. In C. M. Callow v. Zollinger, the Court decided that a breach of the duty of honesty in contractual agreements may involve both:

The newly placed responsibility upon the Seller may very well be to “speak up” and “volunteer” information about the possible defect.

Previously, “silence was golden”. If the Seller didn’t say anything, then, that was fine. Now, there is a positive duty to correct any possible misapprehension by the other party to a contract about one’s words and deeds, actions and inactions.

So, that’s the new argument.